Blog
You are here: Home / Blog / Beaches / Here Are 17 Places in Scotland You Have to Visit 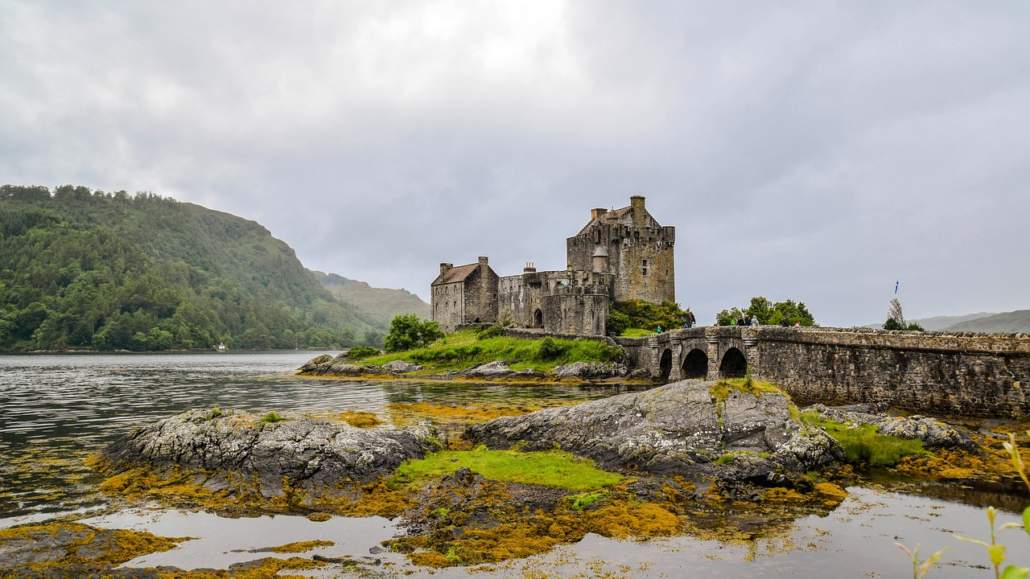 Scotland is home to some of the wildest landscapes in the United Kingdom. You can find rugged coastlines, isolated, windswept isles in the North Sea, legendary lochs and high mountain peaks.

It’s an outdoor adventurer’s dream, but amongst the untamed nature of Scotland, you can also find a fiery history like nowhere else in the UK. There are modern cities brimming with great culture and delicious food, rural communities with unique traditions, and much, much more to discover in Scotland.

To inspire you to visit this beautiful country, here are 17 places in Scotland you have to visit.

Oban makes the top of this list because it’s one of the best places in Scotland, and yet it’s a destination that’s still waiting to be discovered by the rest of the world. This small town looks out over the Bay of Oban, and it’s the perfect place to visit if you want to enjoy a classic Scottish holiday.

Fringed by mountains and facing over the western isles of Scotland, it’s a serene place to explore. There are crumbling castles, excellent hiking and countless outdoor adventures to be had in Oban. You can visit the Oban Distillery to learn more about local whisky, travel across the bay in search of seals and other wildlife, or visit the local museums to uncover more of Oban’s intriguing past.

Across the Bay of Oban, you can find the beautiful Isle of Mull. Take a local ferry across the water from Oban, and you’ll soon be setting foot on one of the largest islands on the west coast of Scotland.

Despite its size, the Isle of Mull has a population of just a few thousand, meaning this is an island of untouched scenery and empty spaces that are just begging to be explored. Hike through rugged countryside, visit ancient abbeys and the historic remains of Glengorm and Duart castles, before enjoying freshly caught seafood and a few whiskies while watching the sun set spectacularly over the coastline.

The Isle of Skye is also found off the west coast of Scotland and is the largest, and arguably the most dramatic, of the many islands that make up the Inner Hebrides.

The Isle of Skye is as wild as it gets in Scotland. It’s remote, shrouded in legends and myths, and seemingly perpetually covered in fog and mist. This all adds up to give the Isle of Skye an allure to adventure travellers looking to explore the natural beauty, Gaelic culture and clan history, or to discover some of Scotland’s most incredible landscapes.

Start your journey in the village of Portree, a colourful, charming community that is the largest settlement on the island. Explore unreal coastline, hike to crashing waterfalls, and uncover prehistoric history across Skye.

Stornoway is the largest town in the remote Outer Hebrides, an isolated chain of islands stretching out into the storm-stricken Atlantic Ocean. If the Inner Hebrides and the likes of the Isles of Mull or Skye aren’t quite remote enough for you, then this is the destination for you.

Use the harbour town of Stornoway as a base to explore the rest of the Isle of Lewis and the Outer Hebrides. Visit the local museum to discover how Stornoway was founded centuries ago by raiding Vikings crossing from Scandinavia, call in at Lewis Castle to learn of the different clans that warred over the island for centuries and, when it stops raining, hike out along the coast for dramatic views.

Take a break from the Scottish wilderness with a visit to the nation’s capital, Edinburgh. This is one of the United Kingdom’s most popular tourist destinations, and for good reason. Edinburgh is a beautiful mixture of history and modernity, a city full of culture, good eating, and nightlife that’s just a short journey away from volcanic hikes and windswept coastlines.

Start your trip to Edinburgh with a tour of Edinburgh Castle, a fortification perched dramatically upon the city’s cliffs. Walk the Royal Mile, calling in at local shops and stopping off to sample some Scotch delicacies, before heading out of the city to hike to the summit of Arthur’s Seat. This extinct volcano offers unparalleled views over the city below and is one of the best walks, not just in Edinburgh, but in all of Scotland. 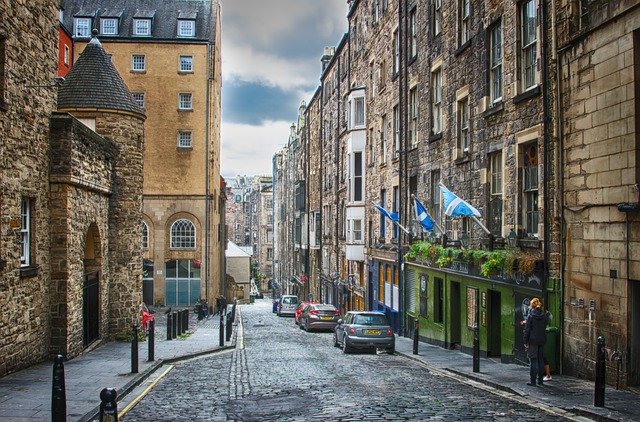 Although it’s not quite as popular a destination for tourists as Edinburgh might be, Glasgow is slowly but surely shrugging off the negative image it held in traveller’s minds for decades. It’s still a sprawling, urban city, but it’s not quite as dangerous as its reputation once held it to be.

Scotland’s second city is emerging as a cultural hub, and although it will never be as aesthetic as Edinburgh, it’s just as intriguing. Learn about the city’s industrial rise in the Victorian era at the local museums, visit galleries and historic buildings, and ensure that you enjoy dining at some of Scotland’s best eateries, including top quality Indian restaurants because the city is said to be the birthplace of the Tikka Masala.

Located halfway between Glasgow and Edinburgh, the city of Stirling is often overlooked in favour of its larger neighbours, but this is one of Scotland’s most historic destinations.

Stirling is a former Scottish capital, being the seat of kings during the medieval era. You can explore the old abbeys and visit the domineering Stirling Castle, which was built atop a craggy rock to protect the area.

You can even follow the warpath of freedom fighter and national hero William Wallace, the man who took on the English. At the Battle of Stirling Bridge, he defeated an invading army sent by King Edward. You can see the modern stone bridge, where the battle took place, and a huge monument dedicated to William Wallace.

Fort William is a town that makes the perfect base for exploring the Scottish Highlands. Established to control the independent-minded clans in the 17th century, Fort William is today a centre of outdoor activity.

Some of Scotland’s best hikes and walks are found in the surrounding mountains, and it’s the best place to start any attempt to tackle Ben Nevis, which at 1,345 metres in height is the tallest peak in the United Kingdom.

From Fort William, you can also travel on the iconic Jacobite, a heritage steam engine that crosses through the highlands, over breathtaking viaducts and gorges – you’ll even recognise the train and the scenery from the Harry Potter films! 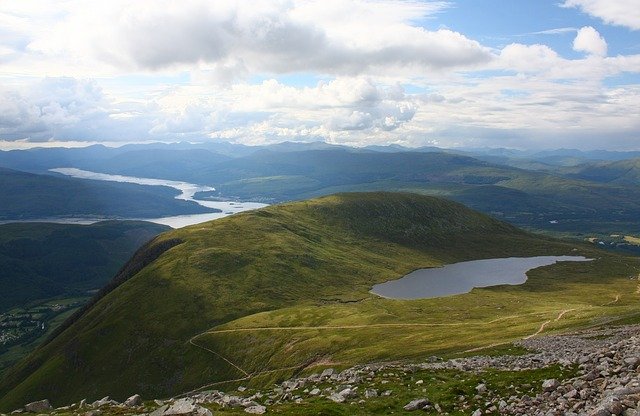 The Jacobite steam engine train will take you from Fort William across the highlands to the port town of Mallaig, situated in beautiful surroundings on Scotland’s west coast. From Mallaig, you can travel across to many of the islands found in the Hebrides, but as a destination in its own right, it has much to offer too.

Explore the ramshackle fishing harbour in Mallaig, gorge on fresh seafood, and visit the Heritage Centre to learn more about this small coastal town. You can also enjoy fantastic views of Loch Nevis and the hilly landscapes surrounding Mallaig.

Just to the south of Fort William, you can find the National Scenic Area of Glencoe. Here you will find the rural, highland village of Glencoe, home to just a few hundred people. It’s a charming little place, but the real attraction is the landscapes that surround the village.

You can hike mountains, trek along endless trails and enjoy one of Scotland’s most untouched destinations. Nearby, there are plenty of lochs and lakes too, and plenty of opportunities to kayak and take on other watersports, if you’re the adventurous type.

Situated in the Firth of Clyde, the Isle of Arran is one of Scotland’s largest islands and home to a vast array of diverse landscapes. There’s just a small population, with most of the small towns and villages strewn along the rugged coastline. You’ll find castles and ruins alongside charming rural settlements, and of course the Isle of Arran Distillery, a must-visit for whisky lovers.

The Isle of Arran is perfect for outdoor enthusiasts too, and the island is often described as ‘Scotland in miniature’, due to the fact you can find distinctive highlands and lowlands here.

You can hike to ancient rock monoliths and stone circles, and climb mountain peaks. Be sure that you don’t miss a trip to the small island of Holy Isle, just off the coast of Arran. 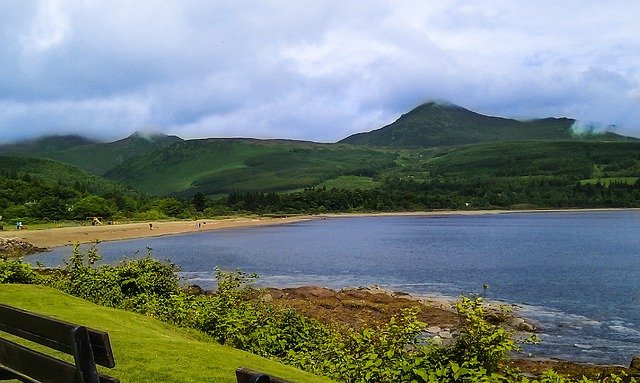 Scotland’s first national park is also, perhaps, the most spectacular part of the country. That claim though is arguable, because this is a country of spectacular scenery. Loch Lomond and The Trossachs are quite unlike anywhere else.

The park protects 720 square miles of Scottish beauty, including mountain peaks and glorious lochs. If you are short on time, you can even visit on a day trip from Glasgow or Edinburgh.

If you have time to explore, then the opportunities are endless. Hike the mountains, kayak the lochs or trek across the national park on multi-day trips. It’s a truly epic place, and there is so much waiting here to be discovered.

Cairngorms National Park was the second such area to be established in Scotland, after Loch Lomond and The Trossachs, and it’s both a wild place and a destination that’s brimming with hidden history.

Found north of Edinburgh, west of Aberdeen, and south of Inverness, the Cairngorms encompasses a huge area of mountainous highlands and can claim to be the largest national park in the United Kingdom.

But as well as mountain scenery, you’ll find rustic villages, ancient castles, museums and even the odd whisky distillery, making this much more than just an outdoor destination.

Aberdeen is perhaps best known for being an offshore oil rig hub, but it’s also much more than this. It’s becoming a popular tourist destination, as visitors are realising that Aberdeen has a lot of history to discover, but it’s yet to be bombarded with visitors.

This is Scotland’s third largest city, and as well as being a great base for exploring the Cairngorms or the windswept coastline of the northeast, you can find a marvellous city centre of distinctive, granite buildings dating back to the 18th century.

Visit the maritime museums to learn about the city’s long relationship with the North Sea, or head out to the beaches and bays found along the coast. 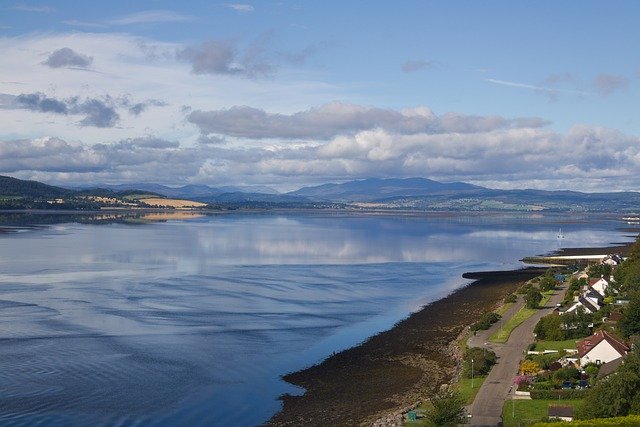 The mainland of the United Kingdom ends at John O’Groats in the far north of Scotland, but catch a ferry across the strait from Thurso to Stromness, and you’ll find yourself in the Orkney Islands.

Life here is different from the rest of the UK, and it’s an intriguing place to visit. First settled by the Vikings, you’ll find these windswept isles to be full of archaeological sites, not to mention breathtaking vistas too.

Carry on north from the Orkney Islands, and you’ll eventually reach the Shetlands, the most remote and far-flung part of the United Kingdom. In many ways, this is one of the most unique parts of Scotland, because culturally and linguistically the islands have historically been much closer to the Nordic nations than to the rest of the UK.

Settled by Vikings hundreds of years ago, much of this history is waiting to be discovered in the Shetlands, and much of it is still evident in daily life too.

Inverness is the largest city in the north of Scotland, and as well as being an intriguing place to explore with a rich history and highland culture, it’s also the gateway to untouched landscapes in this distant part of the country.

Head out into the mountains, go hiking and enjoy the great highlands, but don’t forget to call in at Loch Ness too, home of the legendary monster and a spectacular place to visit.

If you’re looking to explore more of Scotland, contact Bonawe House to find the best accommodation in Oban.