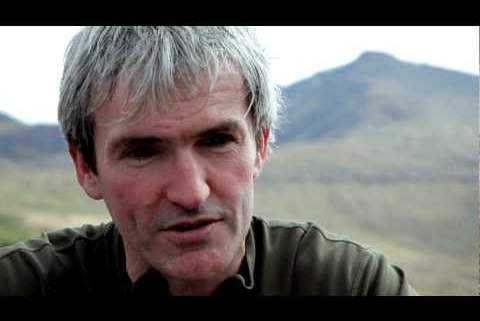 We’ve been letting our chickens wander more free range.  As there are no dogs this week, we thought we could.  They’re getting chased mercilessly by our kids though.  The new chickens have started laying, but the eggs are all still brown, so we don’t know which it is.

A few months ago the Mountain Rescue were filmed by Vodafone in exchange for a hefty donation, for one of their adverts.  The Vodafone engineer Paul is part of the Oban team.  The rescue described was near Bridge of Orchy on Beinn Achaladair.  Damon decided he was not up for being filmed, and delegated to his then deputy, Kenny Harris.  See the film for yourself here;

The footage of the team was on Kerrera near the castle.

Our ‘holiday at home’ has continued with going to Inverawe to see the smokery exhibition in detail. On the way we picked juicy small black cherries from the hedges, raspberries, wild strawberries from by our lochan, and even some blueberries around Lilley loch.  To top it we found some chanterelles around, which made a lovely breakfast the next day with some of our fresh eggs.
On Wednesday we went to Kinlochleven to the climbing wall, visiting Tigh Phuirt tea room on the way back.  On Thursday we went sailing from Ganavan, through Oban harbour and down the sound of Kerrera to Loch Feochan, then back again.  The highlight was definitely the wildlife, an otter, lots of guillemots, parents and young, and 3 porpoises (or the same one 3 times), including very close up.  This year there have not been any resident dolphins in Oban Bay like 2 years ago.  That year the dolphins swam around the sailing boats when Anja and Ceri were doing a sailing course in Oban Bay.

We finished our week on Friday with a walk in the rain around Kerrera, taking the slightly longer route by going straight across the island to the beach, and then following the coast round.  Of course we stopped at the tearoom for soup (now open Wed to Sun). We also stopped at Kenny’s new house that he is doing up, just past the tea room.  Then onto the Parrot sanctuary.  This was a new experience for us, fascinating.  It was £3.50 per adult, and children free with a paying adult.  Next time we’ll take some fruit for them as well.